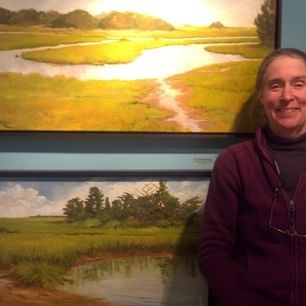 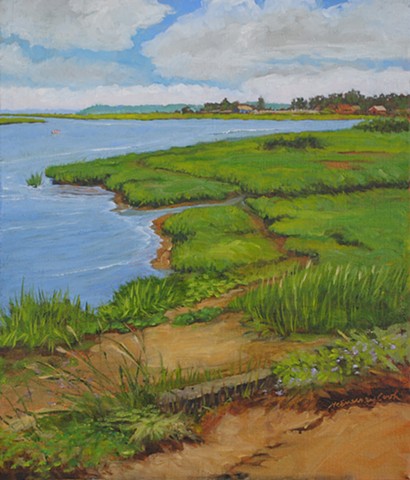 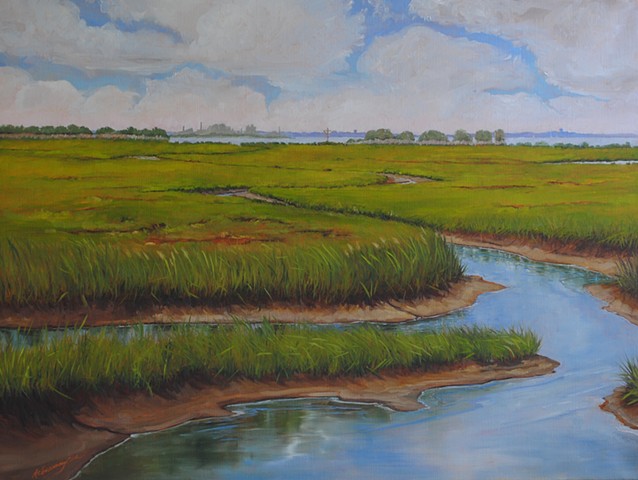 Artist Statement: Coastal Wetlands For over twenty-five years my main focus has been plein-aire painting of the coastal wetlands of United States from Maine to Florida and west to the California coast. This series is about presenting the fragile ribbon of green that hugs both the Atlantic and Pacific Coasts. It is nestled just behind the protection of the barrier islands and within the tidal estuaries. In some places just a pocket marsh remains; in others the ribbon is miles wide. This landscape, the tidal wetlands, is where, the scientist and writer, Rachel Carson described “the drama of life played its first scene on earth and perhaps even its prelude, where the forces of evolution are at work today, as they were since the appearance of what we know as life.” The coastal marshes are truly nature’s nursery, the birthplace for innumerable species including our own.